There is a variety of questions you must ask yourself when creating a new world. This web site puts it all out in front of you. If you can answer all the questions that are reasonable, then you'll have a pretty fleshed out world.


Once you've got a rough world built, you can focus on some specifics. Magic, commerce, geology, zoology, races, politics, climate, are all things to be considered. Of course, focus on what is practical for your story, but the more you know about your own world - the more real it will feel.

*Map of our world (with geography showing) 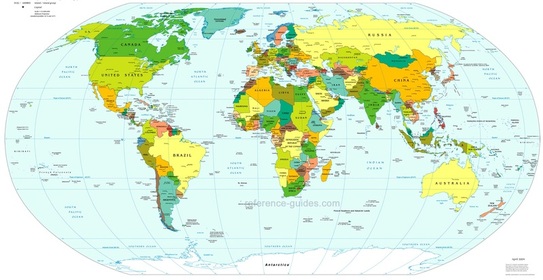 #FF9966
Consider reason why countries (and language groups) are separated. Mountains, rivers, gulches, oceans, deserts ect. will all cause groups of people to be separated. Political and technological advancements will change these boundaries over time, but if you're going for the 'medieval-esque' fantasy, you'll want to pay a lot of attention to geography. Also consider this when creating different races and animals.

If your world is going to have the languages of our world, you'll have to place them accordingly. European languages are placed in countries near each other because they stemmed from the same base-languages. You'll have to make some kind of environmental barrier or reason for different language groups to be isolated enough to develop separately. When people mix, languages mesh. If you want your "China" to be next to your "France" you'd better have a mountain or something in between their territories.
These are some VERY broad groups you need to make sure and separate:

Take a look at these Linguistic Maps: 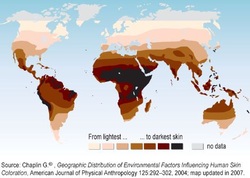 Inhabitants near the equator of your world will have darker skin. Ones farther away will usually have lighter. The exceptions are if they live in a place that has perpetual light for long periods of time, or if they are constantly outside. Tree-cover makes for lighter skin, as well as weather conditions. Consider the climate, if there is fog, or sun. Islands, deserts (sand and ice) and plain-lands will usually have darker skinned inhabitants. 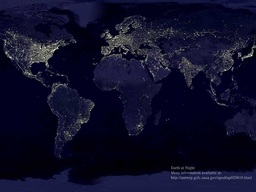 Consider which places will have the most inhabitants. This will affect technology level as well. Take into account how many hospitals/doctors there are to how many people live in a place, this determines overall health and community habits. 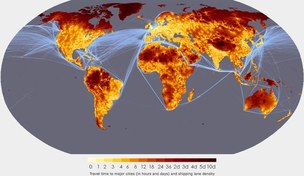 Study our world's most populated areas to know how big your cities should be. These lines represent major trade routes.