This is my collection of costumes I have made, or helped make. I love to cosplay (Costume Play: dressing up as an anime/game/manga/ect. character and acting like them at an anime convention) and I also love to sew. I try to make my costumes as accurate as possible, while making every piece of my costume. I prefer making from scratch as much as possible rather than buying things that look 'close enough' and throwing things together. I believe that making your costume yourself, and being honest about it is the most honorable way to cosplay :). (Especially for masquerades)
That's not to say I don't also have some bought outfits, like some of my Lolita and just some costumes for casual events or dinners. :). I hope you like my work and feel free to ask any questions if you need help making your own cosplays! ^_^

I've wanted to cosplay as Atem for a long time.. and I finally did it! I got to meet Little Kuriboh, he signed my Millennium Puzzle and did his pharaoh voice for me~!! 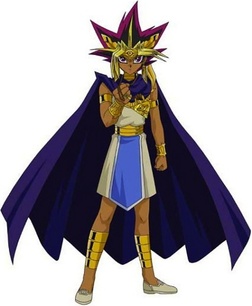 Nausicaa of the Valley of the Wind

I loved making this costume! I made everything you see except Teto, my tights, and the shoes. I love my little Ohmu plush I made! Its eyes were cast out of resin. :)

This costume was my most complicated yet. I made it to be in a Avatar the Last Airbender skit showcase. I'm with my friend's skit group called "Let's Have a Mario Party" now, and will be in more skits. The fabric was graciously donated by my bf's grandma Pauli, and I could not have made it without the massive amount of fabric! My friend Kati helped me immensely with the bodice, hemming, and structure, and thankfully I was able to figure out the rest with more help from my friends nights before the convention.
When I received my award, I went up on stage super excited and told everyone "And yes... I did have pickled fish!"

I made this costume (from Avatar the Last Airbender) for my boyfriend. It was hand dyed. Very fun times. :)

These cosplays are my pride and joy :) I cosplay as Skull Kid and my boyfriend Kevin is Fierce Deity Link (both from Legend of Zelda Majoras Mask).

This was a custom made armor based of off the Alasaurus. I made it from scratch using cardboard, spackle, cloth, and plexiglass. (I bought the unitard, shoes, and gun). I spray painted the gun, and made the hook and rope to look like claws. I sewed my belt and bags (tutorial in 'how to make cosplay' section).  This was for a Star Wars wedding...... Yes. I got to go to a Star Wars wedding. Best. Wedding. Ever. :D I made it short notice in like a month! O_O

I made the shoes and dress from scratch with no pattern. I also customized the sketchbook to have the right drawings and colored cover. I cut and styled the wig as well. ^_^

I often sew with my friend SpiritTigerRei. I helped her make these cosplays.

This was a casual costume I just put together. There was a "Zombie Mall Walk" at a local mall for Halloween. It was fun! My blood stained jeans I used for this became my ">>>---arrow---|> knee"   pants. :D 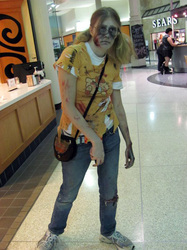 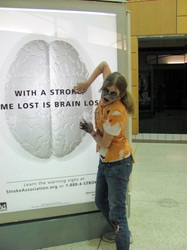 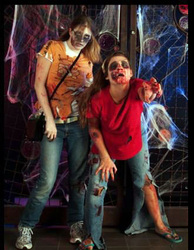 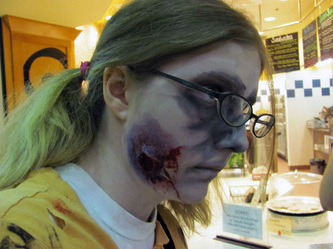